Chuck Daellenbach has brought music, imagination and humour to Canadian Brass since the group was formed in 1970. Playing a key role in all of the group’s ground- breaking projects, world travels and on over 100 recordings, Chuck and his gold-plated & carbon-fibre tuba are the bedrock of the massive Canadian Brass repertoire – from Baroque to jazz. Chuck comes from a long line of German and Swiss musicians and, during his upbringing in Wisconsin, his father gave him daily music lessons.

As a teenager, Chuck began studies with legendary Chicago Symphony tuba player, Arnold Jacobs and throughout his career whenever possible would stop in to see his mentor, Mr. Jacobs.

After earning a Ph.D. at the age of 25 from the Eastman School of Music, Chuck headed north to teach at the Music Faculty at the University of Toronto. His academic plans were soon derailed when he met trombonist Gene Watts. Together they formed this unique brass quintet with Chuck on Tuba.

For the next 38 years Gene and Chuck guided Canadian Brass to the top of their field, through thousands of wonderful perfor- mances and fantastic opportunities including two “command” performances for the Queen of England. Chuck’s dialogue during concerts has kept audiences engaged (and in stitches) for many years helping to establish a bridge of appreciation for great music of all types to musicians and non-musicians alike. Possibly the most recognized tuba player in the world, having appeared on over 100 recordings, Chuck has performed with many of the greatest musicians and conductors of the last 40 years.

The definition of a multi-tasker, Chuck always has several projects in the works at once and somehow keeps track of it all. Among his various projects is a series of 200 brass works published by Hal Leonard, many accompanied by CDs, played by music students around the world. He is President of Canadian Brass Publishing as well as Opening Day Entertainment Group, the group’s record- ing label. Chuck has also enlisted the services of his wife, MB, a fine musician in her own right, to do A&R, production and direct social media for Opening Day as well as support the management of the Brass in Canada. 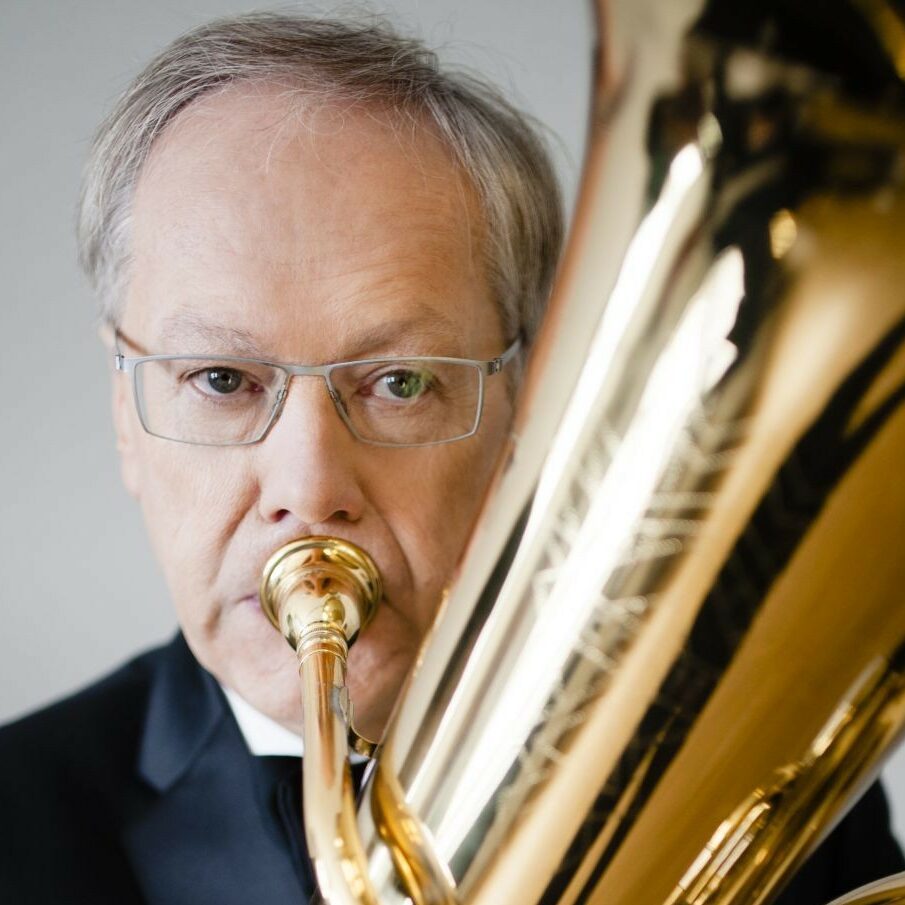 Founding Member and Tuba Player of the Canadian Brass
Contact